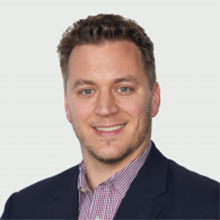 Steve Chapman is Natera’s Chief Executive Officer and serves on the company’s board of directors. Mr. Chapman joined Natera in 2010 as Vice President of Sales, later becoming Chief Commercial Officer and then Chief Operating Officer. As COO, he led the company’s commercial entry into the highly competitive non-invasive prenatal testing market, in which the company’s Panorama® test became the market leader despite being fourth to market. Mr. Chapman was appointed CEO in January 2019 and has been instrumental in extending Natera’s core technology to address new organ health and oncology markets, achieving rapid commercial growth for the Prospera™ transplant assessment test and establishing Natera’s leadership in molecular residual disease testing with Signatera.™ Since becoming CEO, Natera has achieved year-on-year revenue growth of over 40% and has consistently outperformed earnings expectations. Prior to joining Natera, Mr. Chapman worked at Genzyme Genetics, where he was credited with delivering record-breaking commercial growth and strategies that changed pregnancy genetic testing. Mr. Chapman began his career as a researcher in the department of human genetics at UCLA designing arrays identifying SNPs associated with multiple sclerosis. He graduated with honors and holds a B.S. in Microbiology, Immunology, and Molecular Genetics from UCLA. 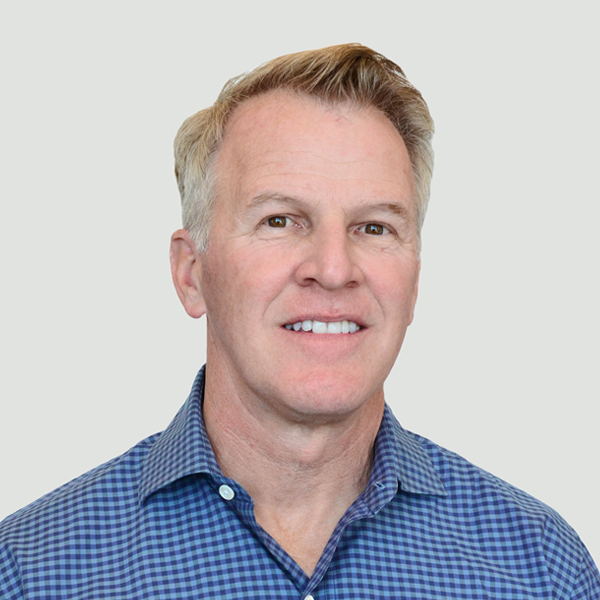 Robert Schueren is an accomplished industry veteran with extensive molecular diagnostics, genomics, and pharma experience. Mr. Schueren has enjoyed an expansive 30-year career and has been a driving force behind rapid business growth at both start-up and large biotech companies. Most recently, he was CEO of IntegenX Inc., playing a critical role in the growth and success of the company, and ultimate acquisition by Thermo Fisher Scientific, as well as successfully leading a lobbying effort to pass the Rapid DNA Act of 2017. Mr. Schueren previously held executive leadership roles including GM of Genomics at Agilent Technologies, Global Head of Clinical Biomarkers and Operations, and Deputy Global Head of Molecular Medicine Labs for Genentech, Inc. He formerly held leadership and commercial roles at Arcturus Bioscience, Accumetrics, Biosite Diagnostics, Gen-Probe, and Abbott Labs. Mr. Schueren received a BS in Pharmacy from Temple University. 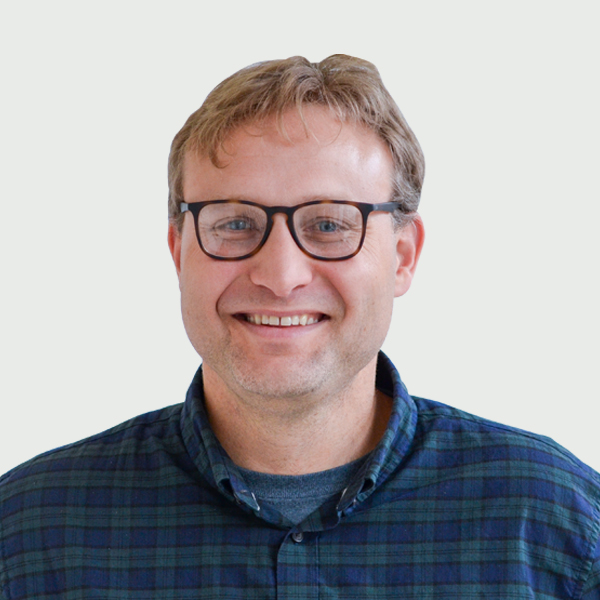 Mike Brophy is Natera’s CFO, he joined Natera in 2015 serving as Natera’s Senior Vice President of Finance and Investor Relations, and prior to that as Vice President of Corporate Development and Investor Relations. Prior to joining Natera, he served as an executive director and as a vice president in the investment banking division of Morgan Stanley, where he focused on advising corporate clients in the life science tools and diagnostics sector. Mr. Brophy holds a master’s degree in business administration from the University of California, Los Angeles, and a Bachelor of Science degree in economics from the United States Air Force Academy. His military career included leading a multi-agency, 10-person team on a $1.4 billion contract to modernize 10 remote satellite tracking stations worldwide. 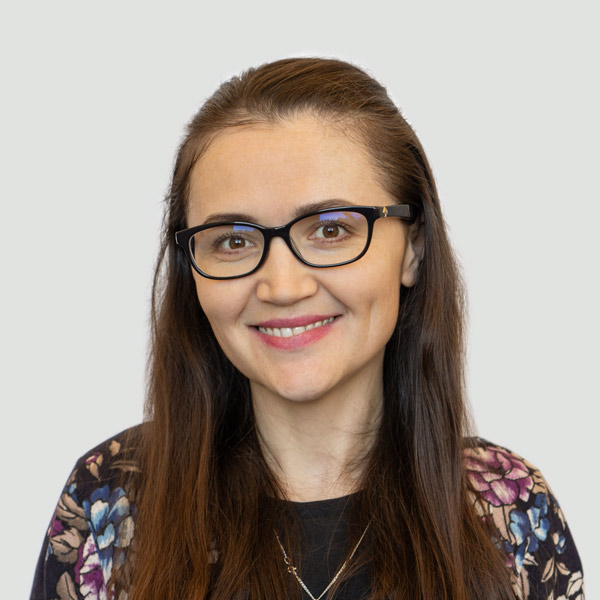 Olesya A. Anisimova, CPA, has served in public accounting for multiple years. During her career, Olesya’s primary focus was on manufacturing and biotechnology industries. Olesya came from Ernst & Young and started at Natera in February 2015 as Director of Finance. She then became Assistant Controller and was subsequently promoted to Senior Director of Finance & Corporate Controller. Since July 2017, Olesya has been serving Natera as the VP of Finance in the Corporate Controller role. Since joining the company in early 2015, Olesya has played a crucial role in the company’s success. She successfully filed Natera’s IPO with the accounting and finance team and is responsible for Natera’s annual and quarterly SEC filings. She has managed a broad range of responsibilities including driving improvements in various operations, performing SEC filings, and SOX compliance controls. Olesya continues her role as Corporate Controller for Natera, as well as working closely with the CFO on strategic decisions for company operations.
Read Full Bio + 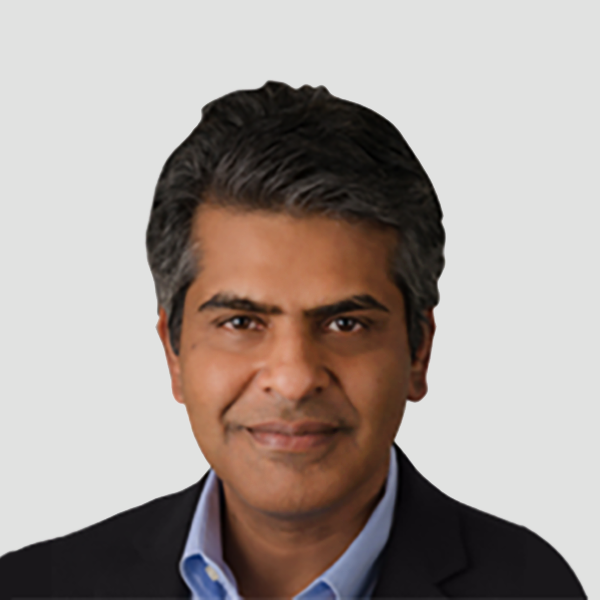 Dr. Ramesh Hariharan’s career of 18 years spans a range of subspecialties, including basic research, strategic management consulting, and marketing. At GE’s Basic Research Center, he was nominated as the Best Young Scientist for his innovations, which included the discovery of a new molecule that was commercialized to enable higher data densities in rewritable DVDs, and a novel process for agglomerating nanoparticles. At McKinsey, he served biotech, pharma, medical device, diagnostics, and private equity leaders in the U.S., Germany, and the U.K., tackling a wide range of business issues such as product launches, market expansion, life cycle strategies, and business turnarounds. Dr. Hariharan then held marketing leadership positions in Oncology, Women’s Health, and Vaccines at Novartis, Abbott/AbbVie and Biotheranostics. Most recently at Biotheranostics, he drove the successful commercial turnaround and relaunch of Breast Cancer Index and CancerTYPE ID including repositioning, branding, messaging, and targeted promotions to medical oncologists and patients. He received a bachelor’s degree in chemical engineering from IIT Bombay, a Ph.D. in chemical engineering from Princeton University, and an MBA from MIT Sloan School of Management. 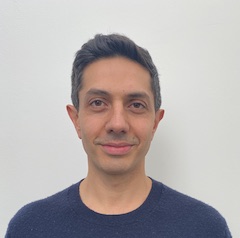 Rishi Kacker serves as Natera’s Chief Technology Officer, bringing 20-years of experience in software, genetics, and health tech entrepreneurship. Prior to Natera, Mr. Kacker was the Chief Technology Officer at Myriad Genetics where he created and led a centralized technology function including software, UX, product management, and IT. Previously he was the co-founder and SVP of Technology at Counsyl (acquired by Myriad Genetics), known for innovations in the patient/provider experience. Rishi started his career as co-founder of Voltage Security, a data security and enterprise software business that was acquired by HP Enterprise. He holds a B.S. degree in computer science from Stanford University. 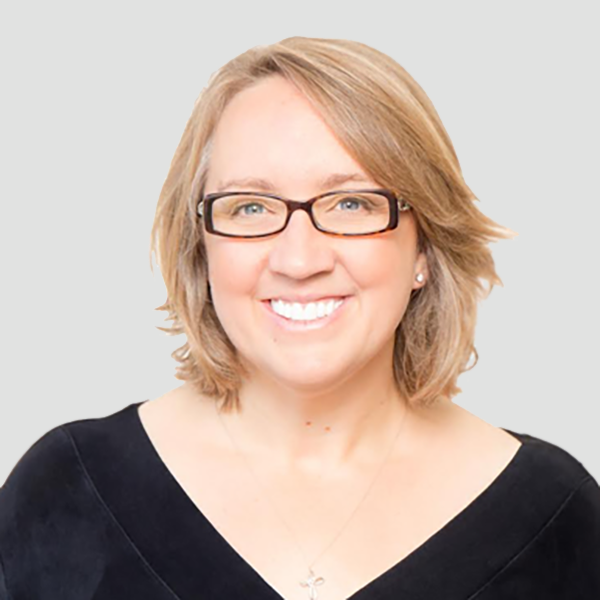 Dr. Keen-Kim joined Natera to Direct the CLIA Laboratory in February 2018. After earning her B.S. from Carnegie Mellon and Ph.D. from MIT, Dr. Keen-Kim completed fellowships in clinical molecular genetics and clinical cytogenetics at UCLA, and is certified by the American Board of Medical Genetics and Genomics in both molecular and cytogenetics. Dr. Keen-Kim maintains clinical director licenses in CA and NY, and has expertise in building, validation, and process-improving clinical laboratory tests, including automating manual assays. Prior to Natera, Dr. Keen-Kim served in a variety of clinical, quality, regulatory and operational laboratory leadership roles at Color Genomics, Genoptix Medical Laboratory (a Novartis company), UCLA, and Quest Diagnostics. 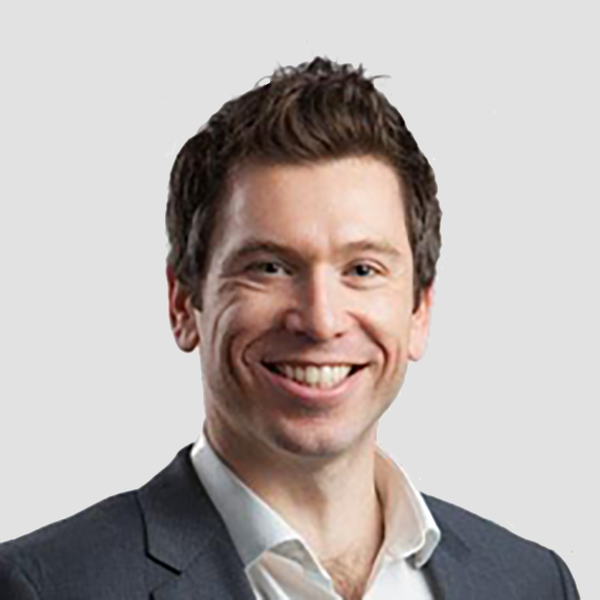 Solomon Moshkevich is responsible for strategy and execution across all aspects of Natera’s oncology business, as General Manager of Oncology. Since joining Natera in 2011, Solomon has built and led multiple teams including global marketing, business development, product management, medical and scientific affairs, and international sales; and he has played a leading role in the development, clinical validation and commercial success of all Natera’s cell-free DNA products including Panorama, Prospera, and Signatera. Solomon graduated summa cum laude from Columbia University with a B.A. in Economics and Mathematics and holds an M.B.A. from Stanford University. He began his career as a consultant with Bain & Company in New York before joining the private equity investment team at Parthenon Capital in Boston; and he currently serves on the Board of Directors for the Ronald McDonald House Charities of the Bay Area. Solomon lives in Menlo Park with his wife and two children. 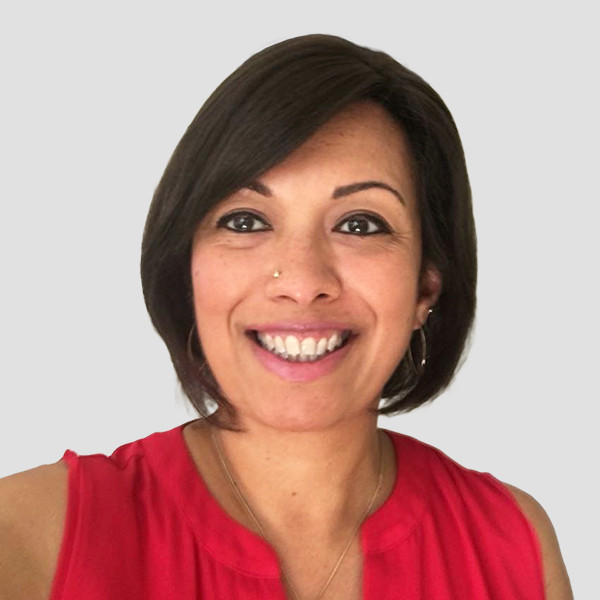 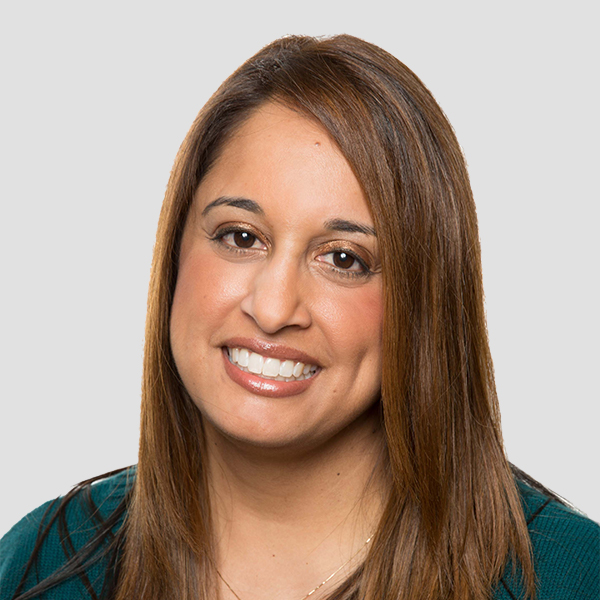 Sheetal Parmar is a Board Certified genetic counselor specializing in prenatal diagnosis and screening. Sheetal received her BA in Molecular and Cell Biology from UC Berkeley and her MS in Genetic Counseling from the University of Cincinnati. She joined Natera after working 11 years as the lead prenatal genetic counselor at a high risk prenatal diagnosis clinic and cytogenetic laboratory. She has served on the Board of Directors and various committees for the National Society of Genetic Counselors (NSGC) and has a special interest in genetic counselor education, serving as an Advisory Board member for the California State Stanislaus genetic counseling training program as well as a site visitor for the Accreditation Council of Genetic Counseling (ACGC). Most recently, Sheetal was the Director of Medical Education at Natera, responsible for Medical Science Liaison team, Women’s Health Advisory programs, and NIPT product development. Sheetal travels across the US and internationally to provide clinical education on Natera’s products.
Read Full Bio + 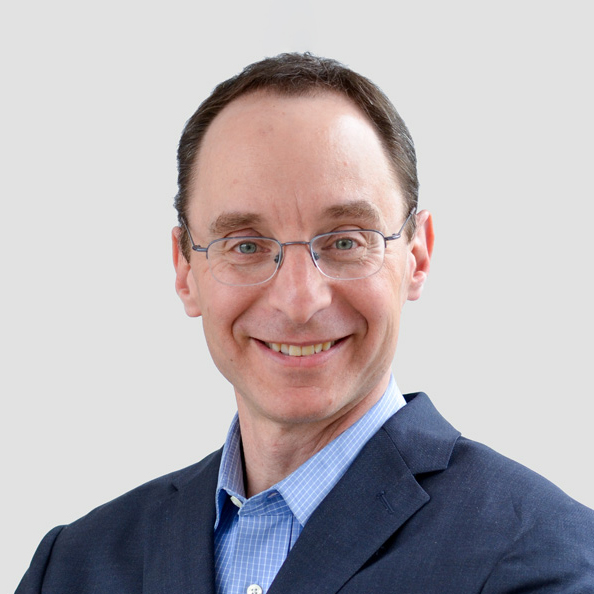 Daniel Rabinowitz is Secretary and General Counsel of Natera. Prior to joining Natera, he was a corporate partner at the law firm McDermott, Will & Emery, and, before that, was also a corporate lawyer at the law firm Davis Polk & Wardwell. He has worked in the United States and Europe advising domestic, foreign, public, and private companies on capital raisings, M&A, investment management and compliance with US federal and state securities law. He has studied genetics, biochemistry, and molecular biology at Harvard University Extension School and attended courses on the legal and ethical aspects of biotechnology at Harvard Law School. Mr. Rabinowitz completed his B.A. and LL.B. degrees at the University of the Witwatersrand, South Africa, graduating at the top of his law school class, and completed his LL.M. at New York University School of Law with both Rotary Foundation and Fulbright Scholarships. Admitted in New York only. 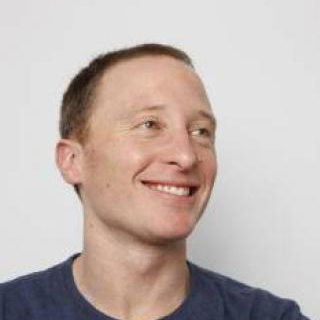 Dr. Matthew Rabinowitz is co-founder of Natera and currently serves as the Executive Chairman of the board of directors. He served as Natera’s Chief Executive Officer from 2005 to 2018. Prior to co-founding Natera, Dr. Rabinowitz founded Rosum Corporation, a location-systems company that used terrestrial digital television broadcasts to enhance GPS indoors, where he was Chief Executive Officer from 2000 to 2003 and Chief Technology Officer from 2003 to 2006. For this technology, Dr. Rabinowitz received the Scott Helt Memorial Award from the IEEE. From 1998 to 2000, he served as co-founder and Chief Scientist of Panop.com Inc., a technology company for personalized online merchandising that was sold after roughly two years for $100M. Dr. Rabinowitz served as a consulting professor at Stanford University for 8 years and in 2018, began as Visiting Faculty in the Genetics Department of Harvard University. He has served as Principal Investigator on six research grants from the National Institutes of Health and has authored over 100 patents and academic papers, including journals such as IEEE Transactions, Bioinformatics, Science, Nature, JAMA Oncology, Journal of Clinical Oncology, Human Reproduction, Molecular Human Reproduction, Fertility and Sterility, Obstetrics and Gynecology, Ultrasound in Obstetrics and Gynecology, and Genome Medicine. Two companies that he founded received the World Economic Forum Technology Pioneer Award, awarded each year to 20 companies worldwide. He is on the board of the foundation of the American College of Medical Genetics and is a board member, advisor, and angel investor for multiple companies in biotechnology, diagnostics, gene editing, machine learning, communications, and cleantech. Dr. Rabinowitz completed one year at the University of the Witwatersrand, South Africa, and holds a Bachelor of Science degree in Physics, a Master of Science in Electrical Engineering, and a Ph.D. in Electrical Engineering with a minor in Aeronautics and Astronautics, all from Stanford University. 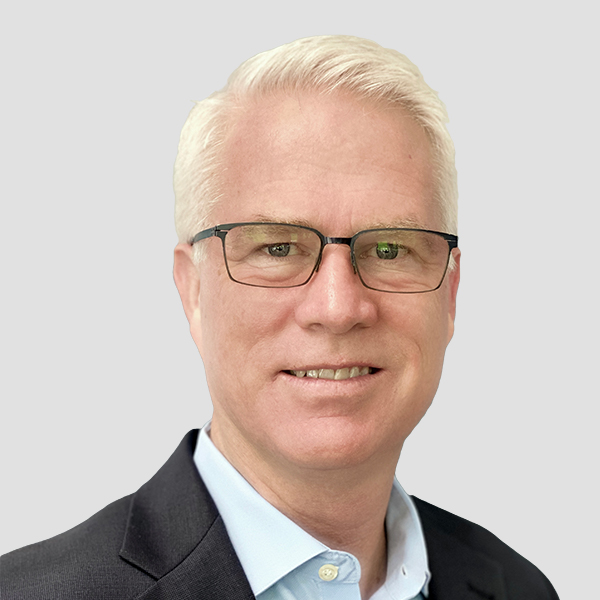 Bernie Tobin is a 25-year veteran of the healthcare industry with his most recent role serving as President of Crescendo Bioscience, a wholly-owned subsidiary of Myriad Genetics. Crescendo focused on using proteomics to deliver precision medicine to patients with autoimmune disorders.

Previously, Mr. Tobin held several senior-level positions at Amgen including General Manager of both the Netherlands and Brazil and Global Head of Commercial Excellence. In addition, he led the global integration of a business development acquisition in over 100 countries. Prior to that, Mr. Tobin held a variety of leadership roles in the commercial organization at Eli Lilly and Co.  He received his B.S. degree in Public Service and Administration from Iowa State University and his M.B.A. from the Fuqua School of Business, Duke University.