When a patient learns that they carry a gene that increases their risk for cancer, the impact often extends beyond their health. When cancer gene mutations run in families, it’s called hereditary cancer—when one family member discovers that they’re a carrier, relatives could also be at risk.

During her first mammogram at 37, Amy’s doctor found a suspicious lump. She was camping with her family when she received the shocking news—a biopsy confirmed she had breast cancer. At such a young age treatment was a whirlwind, but after a lumpectomy, radiation, and 6 years of therapy with an anti-cancer drug, she was finally declared in remission. At that point, she decided to seek out a new oncologist for recurrence monitoring. Her new doctor’s first question was, “Why haven’t you had hereditary cancer testing?” Amy had her blood drawn that day.

A week later, 6 years after her initial diagnosis, Amy learned that she was a carrier of a BRCA1 mutation. Working with her OBGYN and a genetic counselor, she delved into her family history and learned that her paternal grandmother had died of breast cancer. She now wonders if BRCA1 was involved in her grandmother’s illness.

Amy’s new oncologist recommended a set of risk-reducing surgeries. Amy decided surgery was the best path forward if it meant she would be there for her daughters, Anna, Sydney, and Maddie, and Amy proceeded with a double mastectomy and bilateral salpingo-oophorectomy (removal of her fallopian tubes and ovaries).

Realizing that she was a BRCA1 carrier transformed Amy’s cancer journey. With three daughters that could have inherited her BRCA1 mutation, it went from an individual struggle to a health concern for her whole family. 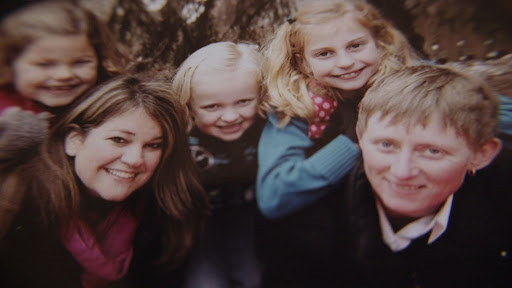 Amy and her partner are dedicated to being transparent with their daughters and are preparing them to be advocates for their health. Throughout her cancer and genetic testing experience, Amy has opted to have open conversations with her daughters about her own health and the decisions she was making to protect it. She’s encouraged everyone in her family to have testing.

“I believe my role for my girls is to show them grit, resilience, and surviving.” - Amy

All three girls are planning to have hereditary cancer testing when they turn 18. They know they’ll have support from their parents, their physicians, and a network of survivors and “previvors”—other women with hereditary cancer mutations who have had risk-reducing surgeries. While they acknowledge that the prospect of finding out they could be a carrier is scary, they’re happy to be surrounded by strong women who will help them move forward and make decisions to protect their health. 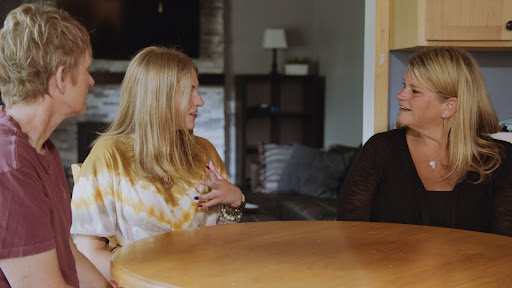 “Part of it scares me; that's why I want to be proactive about it. If you catch it early enough, it’ll be ok. It's comforting to know someone else has gone through it.” - Maddie, Amy’s daughter

Amy believes that the reason she’s been through this journey is to help others become advocates for themselves.

“Like I say to my girls: knowledge is power.”

Genetic testing has enabled Amy to take control of her health and be proactive about her cancer risk, and her family’s cancer risk, through increased monitoring and procedures to reduce chances of a tumor developing.

The EmpowerTM Hereditary Cancer Test screens for common cancer risk genes with Breast STAT panel results available as soon as 5 days, and full reports within 2 weeks. This knowledge can help inform cancer treatment plans for already diagnosed patients or plan preventative strategies before a diagnosis. To learn more about what Empower offers, you can schedule a complimentary information session, where a board-certified genetic counselor at Natera reviews your questions with you to determine how Empower can help answer them.

At Natera we recognize that hereditary cancer impacts the entire family. That’s why we offer comprehensive testing to first-degree family members of a patient who has received a positive test result at no additional cost. You can contact Natera billing at 1-844-384-2996 to request a personalized cost estimate or ask questions related to coverage. When you call, Natera reviews your information and provides you with options.