Skip navigation
April 06, 2018
Pregnant Women Want To Know: Is My Baby Affected By The Changing Seasons? 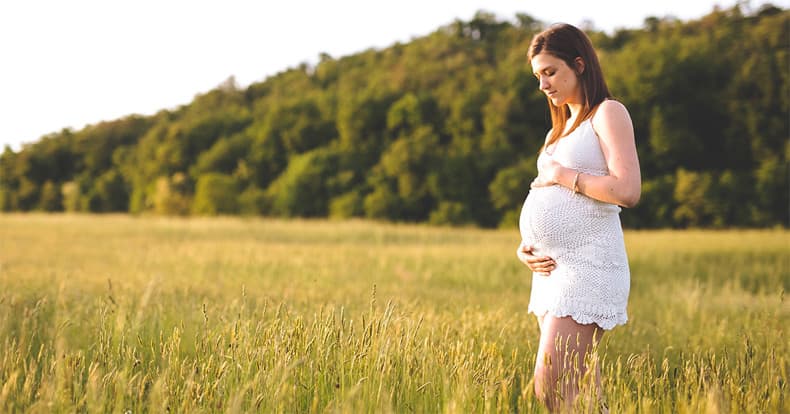 Springtime is a beautiful season, but it can also be a difficult time of year for pregnant women. Changing weather patterns and fluctuating temperatures are a perfect environment for a host of viruses and bacteria. Seasonal pollen and microbes pose a risk of sinus infections, and allergies are the last thing a woman in her third trimester wants to deal with.

But do these conditions have an adverse affect on your unborn child? You don’t have to be a doctor to know that anything that as an effect on you is going to have an effect on your baby, but just how serious are these effects? There are currently several studies underway to determine any correlation between environmental differences brought on by changing seasons and your baby’s health, but in the meantime, let’s take a look at how we can separate “Old Wives Tales” from the science.

Can very hot or very cold weather affect my pregnancy?

According to one recent study, pregnant women who have been exposed to extreme weather conditions are at risk of producing low-birth-weight babies even after completing 37-plus weeks in the womb. The study revealed that women exposed to extremely cold weather in the second or third trimester of their pregnancy or extremely hot weather in their third trimester had an 18 to 31 percent chance of having a low-birth-weight baby compared to women subjected to mild weather conditions.

In addition, women who were exposed to extreme hot or cold conditions throughout their pregnancies were 2.5 times more likely to have low-birth-weight babies.

One possible reason behind this is that extreme temperatures reduce the blood flow to the uterus, thus impacting fetal growth. Hence, pregnant women should exercise caution and avoid exposure to severe weather conditions during pregnancy.

Barometric pressure, or the weight of the air around you, is constantly changing and decided by factors like altitude, temperature, and humidity. Falling barometric pressure brings about stormy and rainy conditions, while rising pressure indicates sunny weather. We feel the effect of barometric pressure changes on our bodies all the time. A good example is flying in an airplane: as the plane increases altitude, the pressure in the cabin decreases, and our ears pop.

Health care professionals who spend their time in delivery rooms strongly believe that falling barometric pressure results in rupture of the membranes inside the womb and may increase the chances of spontaneous labor.

Can the weather impact my pregnancy?

We are increasingly living in a world of extreme weather. Hurricanes Harvey, Irma and Maria are all good examples, along with record-high temperatures on the west coast this past year. We live in a world where we need to consider how extreme weather events affect pregnancy.

Researchers are looking into correlations between the hypertension many pregnant women suffer from and seasonal or extreme weather changes. In some countries, for example, changes in weather during monsoons may lead to pregnancy complications like preeclampsia and eclampsia, with the risk of the latter being significantly higher. However, the association between eclampsia and the monsoon season does not prove a causal relationship, since there are many other factors involved.

Another study from Brazil analyzed hypertensive disorders in pregnant women and found an association between cooler months and the risk of developing hypertension, though there is nothing concrete yet to prove this phenomenon.

Given this information, you might want to just snuggle up on the couch and or stay indoors, due to the fear of getting affected. But doctors believe that the air indoors is most likely to be more polluted than outdoor air. According to the EPA, indoor spaces, especially households, have more toxins like mold, mildew, paint, cooking fumes, chemical cleaners, and pet hair, and fleas floating around the within a closed environment. Such indoor air quality not only affects the mother-to-be but also the tender lungs of the little one who is still growing inside. So get outside, visit family and friends and don’t let the weather get you down.

What to do about weather changes while pregnant

Generally speaking, there is no hard evidence yet to back claims of seasonal change affecting the baby growing inside your womb. However, given the number of studies and the amount of research going into this phenomenon little caution never hurts. So to play it safe, stay cool in the summer, be careful in icy conditions, and check out websites dedicated to tracking the impact of extreme weather. Most of all, listen to what your body is trying to tell you with any mood changes or aches and pains, and talk about it promptly with your OB-GYN.