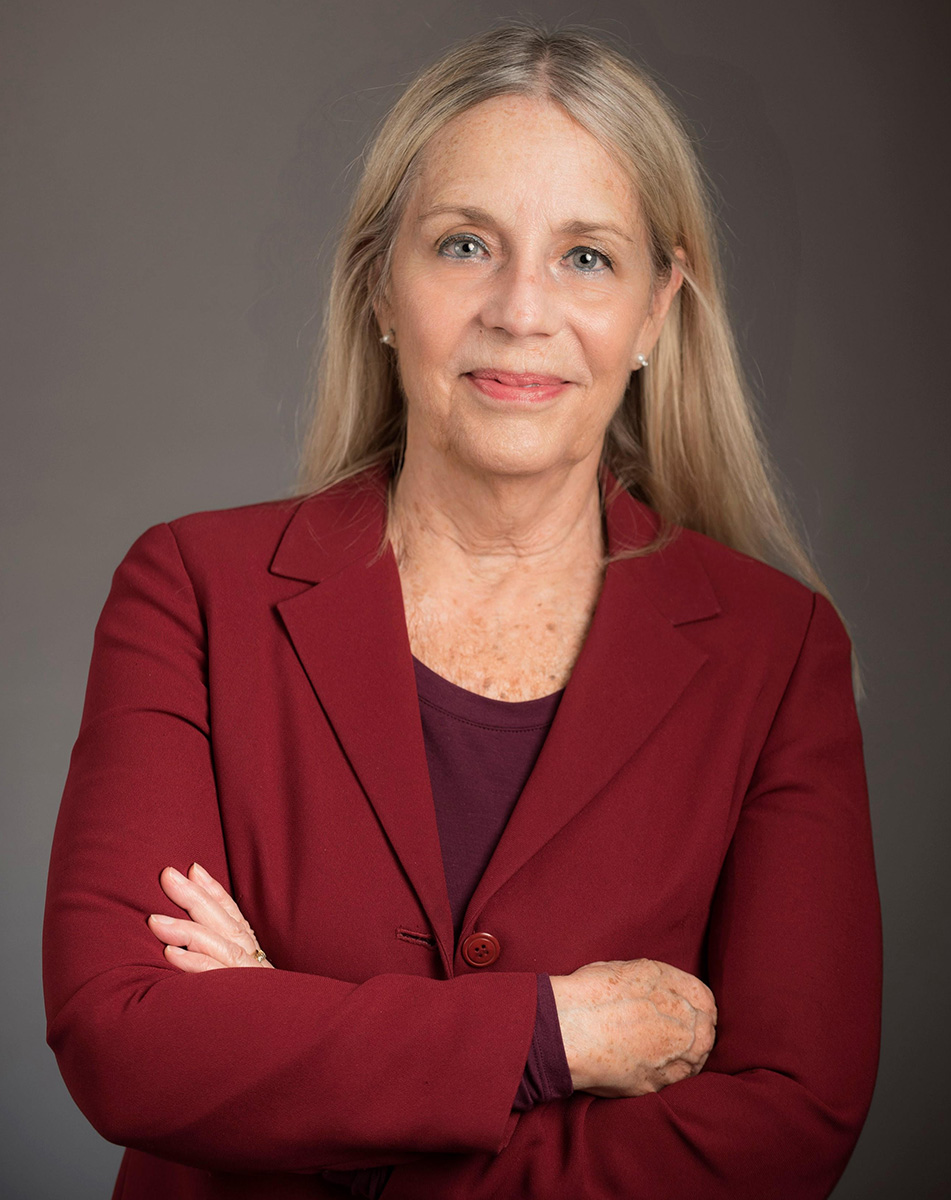 If you’re in the field of colorectal cancer (CRC), there’s no doubt you have heard of Erika Hanson Brown. Brown is known as a woman of many talents due to her passion for helping others and her ambition to unite her community. Brown is the “Founding Mayor” of COLONTOWN, an online community dedicated to improving the lives of people with colorectal cancer. She is also CEO and cofounder of PALTOWN, the non-profit organization that oversees COLONTOWN. A 17-year survivor of stage III colon cancer, Brown serves on the National Cancer Institute’s Colon Cancer Task Force and is a CRC Dream Team member at Stand Up to Cancer.

Tell us a little more about you and your background

I was born and raised in a small Montana “cowboy” town: Miles City. My early years were a combination of being known by everyone in that small town and traveling back to the East Coast, with anonymity in the crowded cities. During WWII, my mother wrote as a freelance journalist for several reporting entities; after the war, she became a life insurance sales agent. It was rare for women to be working during those days, but her income enabled a lifestyle for all of us that included that all-important travel that my mother most wanted for us all.

My mother had a keen feel for business, but she mostly saw it as her way of serving others. I was able to see that her grand strategy was to build and maintain networks of people by nurturing her relationships. She was a pioneer both in her business style and for her gender, and that inspired me to be the professional I am today.
Like other women of my generation, I married early and quickly realized that I was more like my mother than I had realized. My divorce propelled me into my lifelong profession: building networks of people. Network building translated professionally into helping to build companies that delivered consumer packaged goods and, later, telecommunications. I began my first consulting business in 1976, in an era when women were not starting businesses. I look back at that first company with great fondness; I had no clue what I was doing!
In the 1980s, I moved to Aspen, Colorado, for freelance consulting but ended up mostly building Aspen relationships and helping with Aspen events: World Cup VIP, Design Conference, Les Dames d’Aspen. The next decade, I moved to Denver to work in executive search and staffing in the exploding telecommunications industry.
Then the unthinkable happened; I received a diagnosis of advanced colorectal cancer. At the time, I was doing staffing consultation, but I became increasingly unable to do much of that due to the cancer slowing me down. After I attained NED (no evidence of disease) status, I became increasingly aware that I wanted to find my way as a professional into a career that serves the cancer world.
My own cancer experience had given me the gift of wishing to devote my newfound purpose and passion towards building cause-related networks of people, helping others to not have to go through the loneliness I felt while going through the cancer experience.
Recently, I found a poem in my mother’s belongings that told me everything about her and sums up what she taught me:
I am only One
But I am One
I cannot do everything
But I can do something
What I can do I ought to do
And what I ought to do
By the Grace of God,
I will do.

— “I Can Do Something” by Edward Everett Hale

Why did you decide to start COLONTOWN?

I started COLONTOWN because no one seemed to understand that we the patients wanted something different than what was offered to us at the time. The term “patient” didn’t seem to carry any weight back then. Happily, I’ve seen a change in community sentiment since then.
Today, everyone wants to talk to “real patients.” I started COLONTOWN to be the network that I personally had needed and could not find. I wanted to find my people; I wanted to talk with survivors to learn how they survived!

What are the biggest unknown truths about colorectal cancer?

PEOPLE UNDER 50 CAN DEVELOP COLORECTAL CANCER.
Probably the biggest myth out there is that people under 50 years of age can’t get colorectal cancer. This is frighteningly UNTRUE.1,2 Since the beginning days, COLONTOWN has been noteworthy for its median age: early to mid-forties.
Our patient population in COLONTOWN is pretty overwhelmingly diagnosed in the under-50-years-of-age category, predominantly in the late 30s, 40s age category.
In fact, a recent study establishes that the rate of colorectal cancer for people in their 20s, 30s, and 40s is on the rise: “Increased colon and rectal cancer incidence in all five-year age groups between 20 and 49 years, with the sharpest increases among individuals 40 to 44 years old (10.7 per 100,000 population in 1988 and 17.9 per 100,000 population in 2006).”2
CRC IS A DISEASE OF INEQUALITY AND STIGMA.
Yet another myth that persists is that colorectal cancer is an “old white man’s disease.” Although I was diagnosed “old” (58), as a woman, I learned quickly that there was a cultural stigma. People assumed that my cancer was breast cancer. Ironically, my day of diagnosis of advanced colon cancer was August 26, 2002—Women’s Equality Day.
COLORECTAL CANCER CAN BE PREVENTED.
Unfortunately, there are still more myths about CRC that circulate in the general population. My hope is for people to understand that CRC is one cancer for which you can lower your risk factors, and you can potentially catch it early with proper screening. 3

What are some of the ways people can get involved in the CRC community?

First, I want to thank you for your question. Then I want to tell you that we believe that now is the time for us all to provide mutual support so that we might all better serve our CRC patients. To begin the collaborative process, I would first ask, “How might we support YOU and your work?” Let’s start our conversation this way!
We in the colorectal cancer world must develop even better ways to serve our CRC patients; therefore, it’s incumbent upon us to co-develop partnerships that will work together to achieve that mission! Let us tell you our stories and discuss our view on various things about this disease. Then, we’d love it if you would offer to support us with patient-developed projects that will allow us to make a greater impact for our patients and caregivers in the community.
With respect to COLONTOWN, we are distinguished and credible as a patient-led training and empowerment organization. Our patient-friendly PALTOWN model attracts the CRC patients and caregivers to COLONTOWN because we have a first-class reputation with the healthcare providers, as well with patients and their families.

Currently, we offer two patient/caregiver training programs (online and, when feasible, in person):

What is the best way to get in touch with somebody if they’re interested in learning more about COLONTOWN?

Go to our website www.colontown.org. There are videos to watch and articles to read. We host public-facing groups on Facebook as well:

These three groups are public, and anyone can join for any reason. To join the private conversation in COLONTOWN, register on the website to receive an email confirmation with instructions. 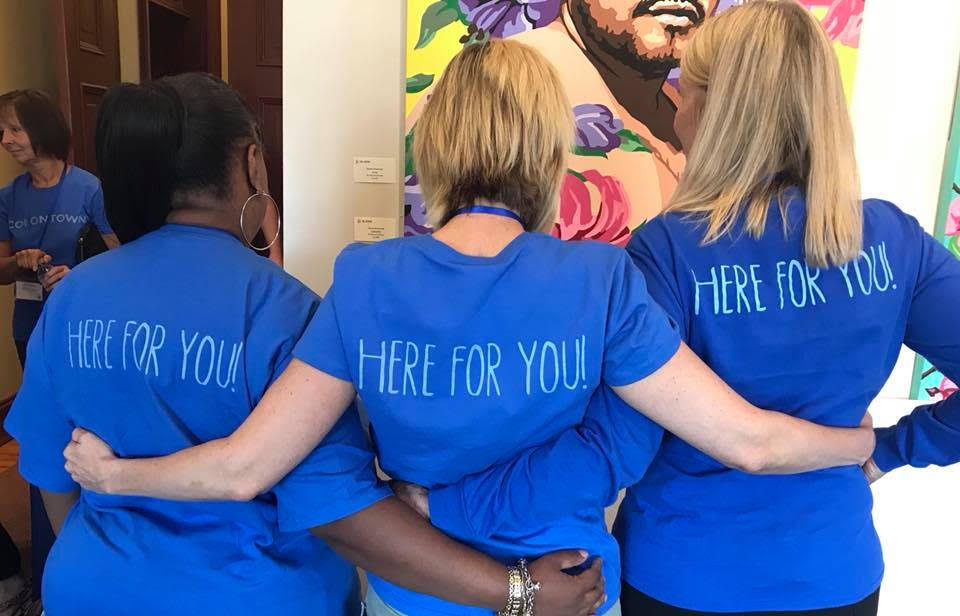